How the Colorado Rio Grande Trail Became a Rail-Trail How the Colorado Rio Grande Trail Became a Rail-Trail

From Railroad to Rail-Trail: The Rio Grande Rail-Trail 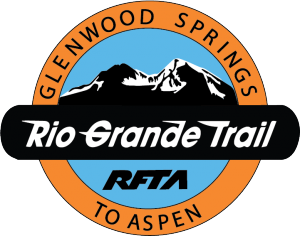 In 1997, eight local governments, Great Outdoors Colorado, Pitkin County Open Space and Trails, and the Colorado Department of Transportation came together and purchased the Aspen Branch of the D&RG. The group wanted to explore both transportation and recreation solutions to Highway 82 congestion, Roaring Fork River access, and trail connectivity challenges in the Roaring Fork Valley. In 2001, Roaring Fork Transportation Authority (RFTA) was formed and became a dedicated funding source for transit and trails. RFTA now manages and maintains the trail, which was completed in 2008. The Rio Grande Trail upholds the original D&RG motto of Through the Rockies, not around them. Even though it runs through the Rockies, the incline on the 42-mile section of the Rio Grande is a 2% grade. That means cyclists and runners can enjoy the beauty of the Rockies without the ups and downs one normally associates with Colorado’s high country. The Rio Grande Trail was the Trail of the Month in April 2016 and a 2016 Rails-to-Trails Conservancy (RTC) Rail-Trail Hall of Fame nominee. Below is an excerpt from an RTC blog by Laura Stark:

For nearly the entire journey, the trail’s companion is the Roaring Fork River, beginning as boisterous whitewater in Aspen and mellowing out as it makes its way past Basalt, where the graceful arcs of fly-fishing rods can often be seen. The lucky will spot bald eagles, osprey and great blue herons also chasing the plentiful trout. The trail serves as a key access route for the river and several of its trailheads serve double duty as put-in points for kayakers and rafters.  Take a photo tour of the Rio Grande Trail, chances are good this will lead to an in person visit. Wilderness Voyageurs has a personal connection to Colorado– Kasia Martin, Director of Bike Tours and wife of company co-owner Eric Martin, is from Boulder, Colorado, and went to high school in Carbondale, one of the cities included on the Rio Grande Trail.  Eric Martin has been coming to Colorado since his early teens. Kasia and Eric met at a boating festival in Buena Vista, Colorado.

“When we first rode the Rio Grande Trail in 2010, I knew we needed to share this with every cyclist,” says Eric. For the Martins, it represents the most famous and iconic parts of Colorado’s Western Slope, yet is entirely accessible for cyclists of all abilities and levels. “You’ll see world-class cyclists training for their next time trial or race and then a family with small kids on striders,” comments Eric.

Commuters also use the trail regularly, so it is impeccably maintained. Passing through several towns and cities (Aspen, Snowmass, Carbondale, Basalt, Glenwood Springs) and a few ecozones, the trail showcases the natural beauty and diversity for which Colorado is known. “Including the Rio Grande Trail on two of our bike tours was a must,” says Kasia – so they made sure their Colorado bike tours include a wonderful dose of this amazingly beautiful rail-trail.