Ride the Ohio to Erie Trail

This Ohio bike tour gives you the best of the Buckeye State, from rural roads to quiet countryside paths and fun urban centers along the OTET. On this six-day trip, you’ll roll through lush Amish farmland, thriving small towns and upbeat city centers on your way from Cincinnati to Cleveland on the Ohio to Erie Trail.

A primarily off-street recreational trail from the Ohio River to Lake Erie, the Ohio to Erie Trail spans the state of Ohio from Cincinnati to Cleveland. OTET follows old railroad and canal paths. The collection of regional trails connects four of Ohio’s metropolitan cities, a dozen large towns and numerous small villages.

The small rural towns give you the opportunity to relax and enjoy unique local shopping and dining experiences. At the metropolitan perimeters, meadows and woods give way to exciting urban centers, which will give you a taste of Ohio’s culture and arts.

The cute town of Yellow Springs

Meet your guides and fellow riders in Cincinnati. Today you’ll ride the Little Miami Scenic Trail to the town of Xenia. We have a fifteen-minute shuttle to Yellow Springs, and you’ll have a chance to check out this quirky midwestern town.

This morning our ride starts in Xenia where we left off yesterday. Today you’ll ride a combination of the Little Miami Scenic Trail, Camp Chase Trail and Lower Scioto Greenway on your way to Columbus, the capital city of Ohio! With a blossoming art scene, a slew of craft breweries and an annual Caffeine Crawl weaving through local shops, the capital city is the quiet secret of the Midwest. The city’s beautiful, well-planned outdoor areas are one of the top reasons to visit as well. Green spaces thread through the metropolis, offering an escape from the breakneck pace of urban life. You’ll have a chance to wander from your lodging at the refined Hotel Leveque.

From Columbus, we’ll venture to Mount Vernon on the Alum Creek and Heart of Ohio Trails. Mount Vernon, winner of Ohio Magazine’s 2018 Best Home Town award, is a small town with a lot to offer – from beautiful parks to comfortable restaurants. It’s also the home of the United States’ oldest-standing, authentic 19th-century theater, The Woodward Opera House.

Continuing north, we ride 40 miles to Millersburg. Highlights today include the Mohican Valley Trail and the longest covered bridge in Ohio. Downtown Millersburg has some neat things to see, including the Victorian House Museum, a meticulously restored 28-room Queen Anne, cute boutique shops, and Miller’s Creamery, which serves all sorts of ice cream and other tasty treats!

Get back on the Holmes County Trail and make your way through Amish farmland to Akron. Ride through the Amish towns of Holmesville and Fredericksburg today, where you’ll likely see Amish buggies clopping down the street alongside cars and bicycles. Follow the Tuscarawas River into Akron, our destination for today. If there were a contest for the Ohio city with the most unexpected history, Akron would win. The hamburger was supposedly invented here. Thomas Edison visited often (his wife was an Akronite). Around the turn of the century, Akron’s supremacy in tire manufacturing helped it become known as the “rubber capital of the world.” And let’s not forget a certain NBA superstar who calls Akron home—they even renamed Main Street “King James Way” after him.

We’ll have our final dinner together tonight in Akron.

Our last day exploring the Buckeye State. Ride through a pretty chain of metro parks and Cuyahoga Valley National Park as you wind your way to the shores of Lake Erie. We’ll finish up at Cleveland Public Square, a beautiful park in the center of the city. We recommend you take an extra day after the bike tour to see the sights in Cleveland – including the Rock & Roll Hall of Fame, the house from the film A Christmas Story, and the sprawling West Side Market.

My cycling experience with Wilderness Voyageurs was outstanding in every regard. The leadership and management of Josh Lawrey and Colleen O’Neil was suburb, in their rider support and attention to details. My fellow cyclists on the trip were a joy to be with throughout our cycling adventure. The B and B accommodations were first-class and well situated. The meals we enjoyed were excellent… My overall summation and recommendation is that if you have an opportunity to experience a Wilderness Voyageurs adventure take it! 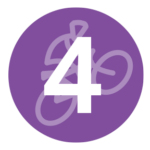 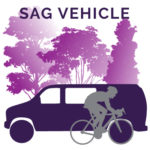 Select your departure date and click to reserve your bike tour!