Yesterday we got a shipment of Princeton Tec headlights: 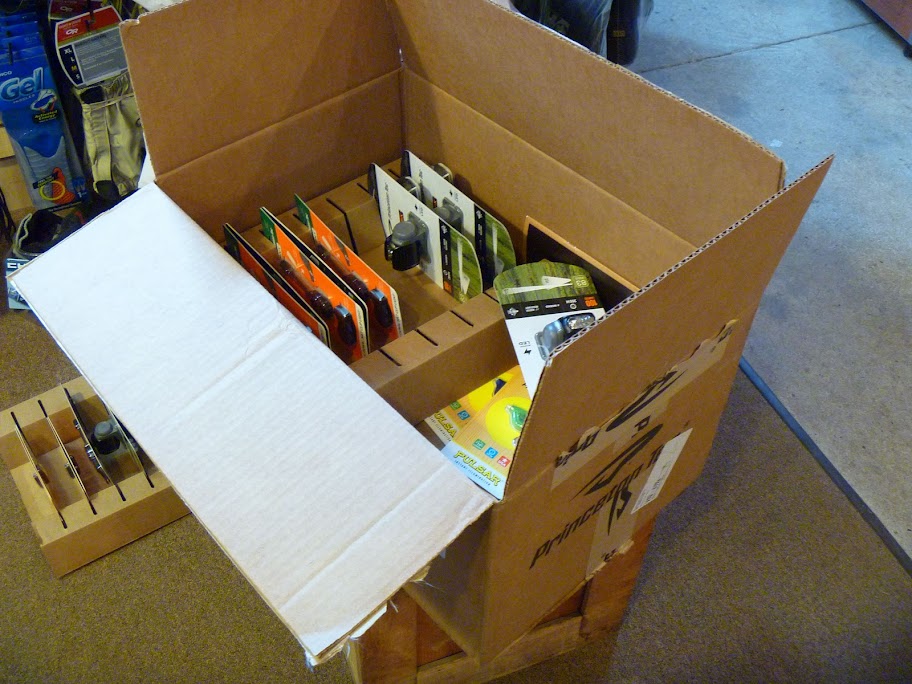 I’m on my second Princeton Tec EOS Bike light, and I’m perfectly happy with it. It’s bright enough for trail running in the dark, lasts a long time on three AAA batteries, and is tough enough to be occasionally dropped. Sadly, it won’t survive being run over by a car (I tested that when I left my first EOS in the Pub parking lot.)

Car smooshing aside, Princeton Tec lights are really solid. Here’s mine after two years of helping me find my tent: 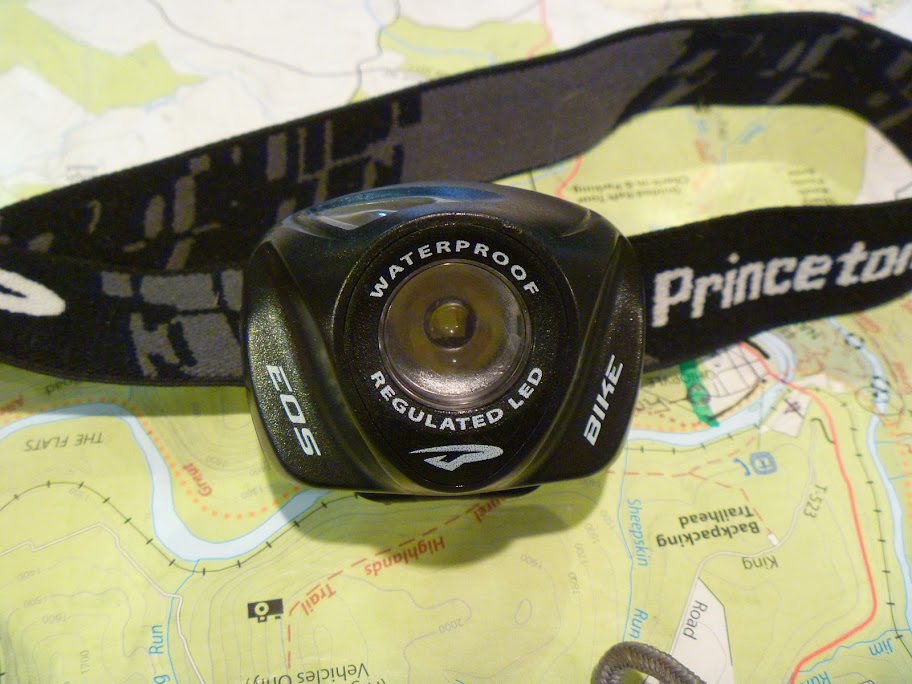 This year’s models are the Remix, Fuel, and Byte. 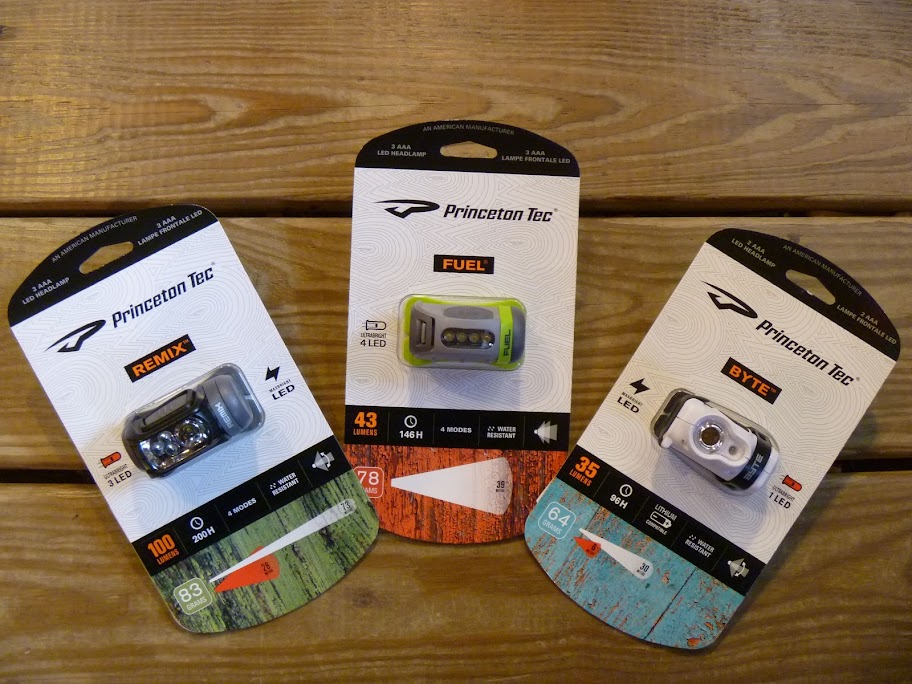 Brightness, which is measured in lumens, is the main difference between the three. Since a lumen is a meaningless measurement for most of us, I took a couple pictures in the change room (don’t get too excited) to show the difference. The EOS (70 lumens) is on top, and the Princeton Tec Pulse key-chain light (10 lumens) is on the bottom: 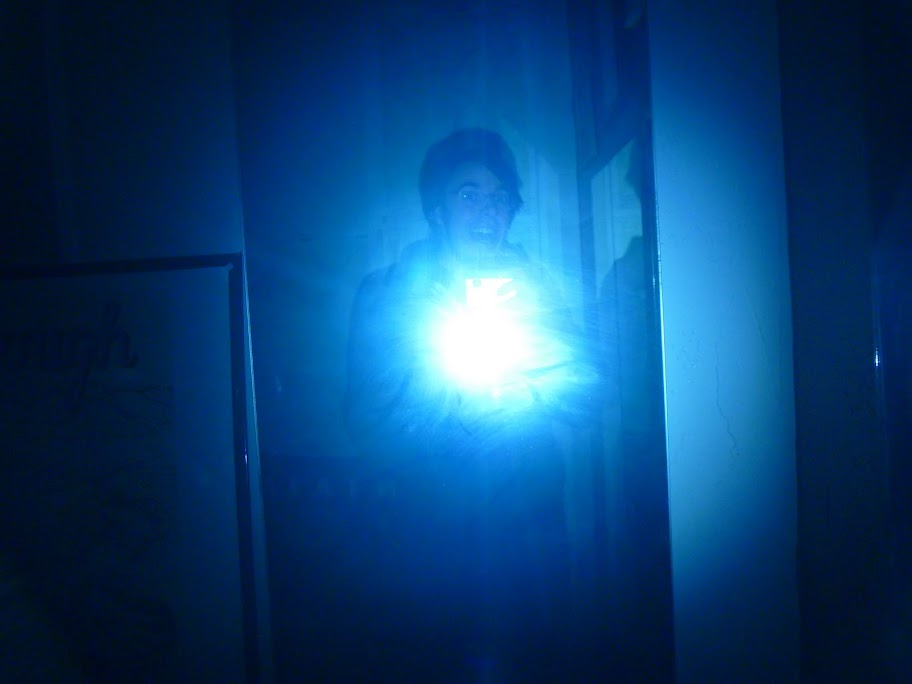 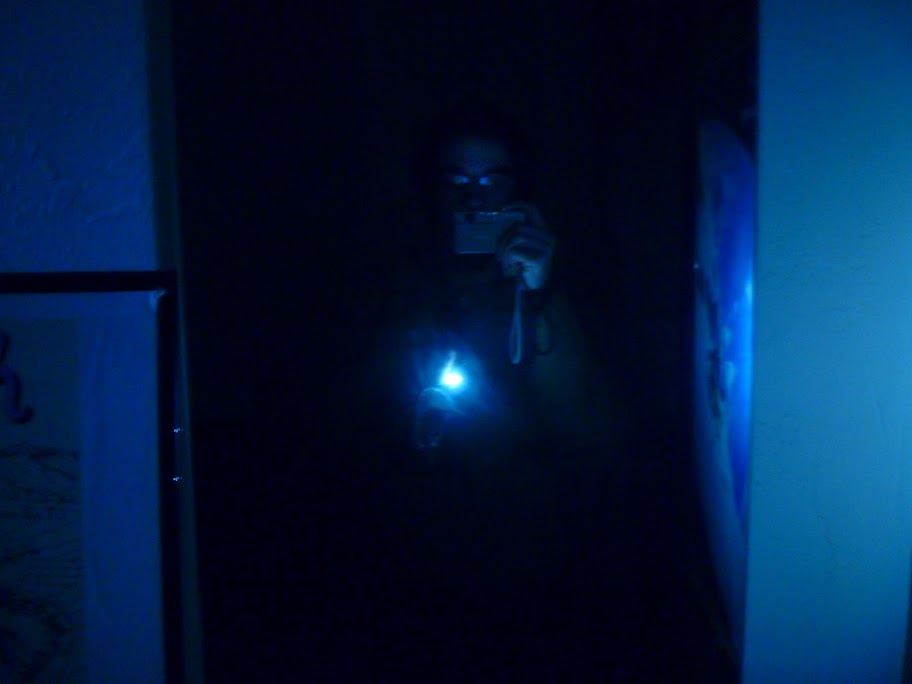 Anyway, the Remix (100 lumens) is the brightest of the three, and brighter than the EOS above. I imagine that it would be bright enough to completely wash out my beautiful face in the change room mirror test.

Like the EOS, it uses a single maxbright LED for it’s main light. The maxbright is basically just a bulb that’s magnified by the shiny stuff around it. So it throws narrow, focused beam. That’s great for things like running, where you need to see far down the trail. The single maxbright also gives the Remix the longest run time (200 hours on three AAAs)

For around camp, the Remix has a cluster of three ultrabright LEDs. They aren’t focused, so they give off a soft wide beam: 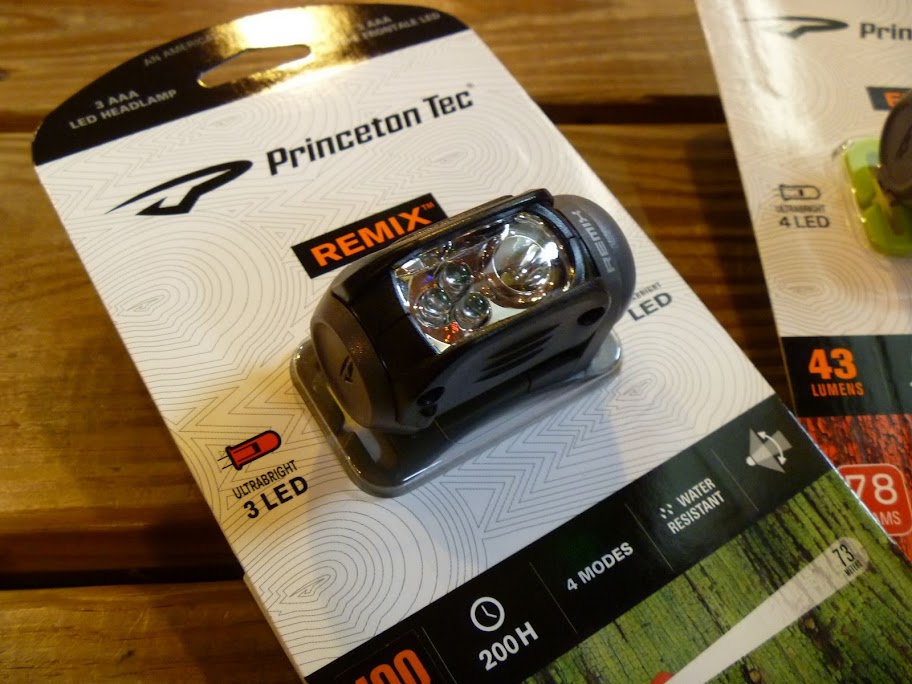 The Fuel (43 lumens) uses four ultrabright LEDs.  Although it has less than half the light output of the Remix, it has a much wider beam. This little light is the best choice for digging for crap in the back of the car or hiking, where seeing far ahead isn’t as important as lighting up a big area. The downside is that the row of four LEDs sucks up battery power faster than a single maxbright. 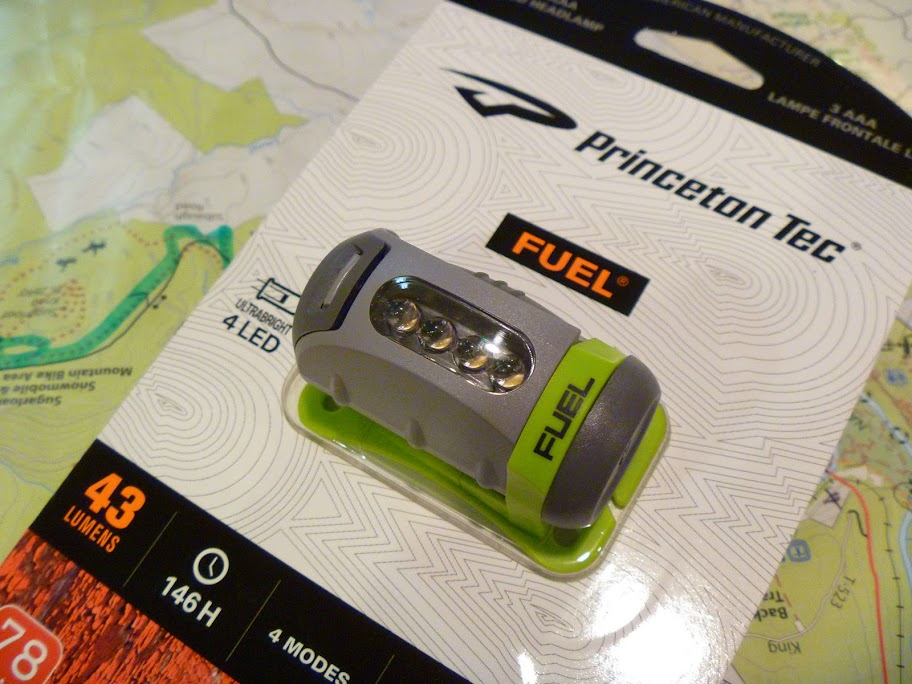 The Byte (35 lumens) is the smallest, cheapest, and prettiest of the three. It’s like the Fiat 500 of headlights: 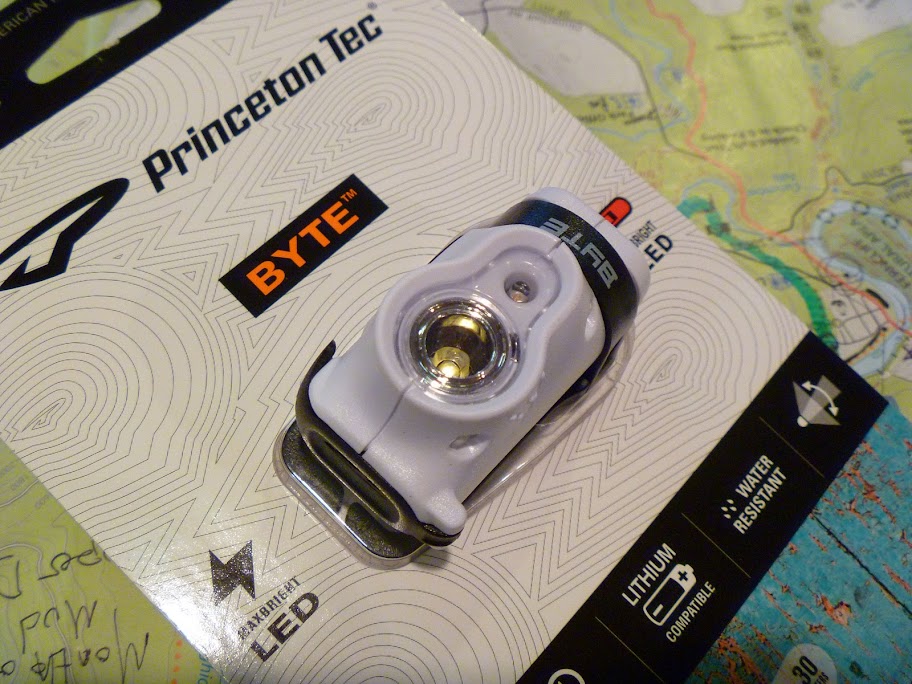 It uses one maxbright to put out almost as much light as the fuel, but in a much more focused beam. It also has single red ultrabright, which is about as bright as that key chain light in my change room shots. It runs on two AAAs instead of three.

We also have the EOS II and EOS Bike in stock.

And they’re all made in the US of America: 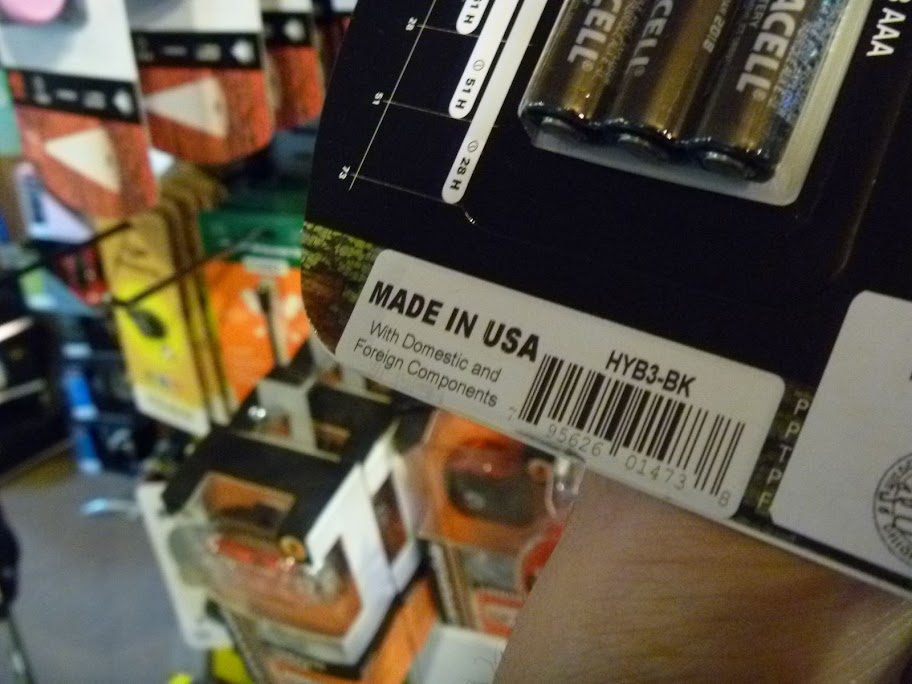